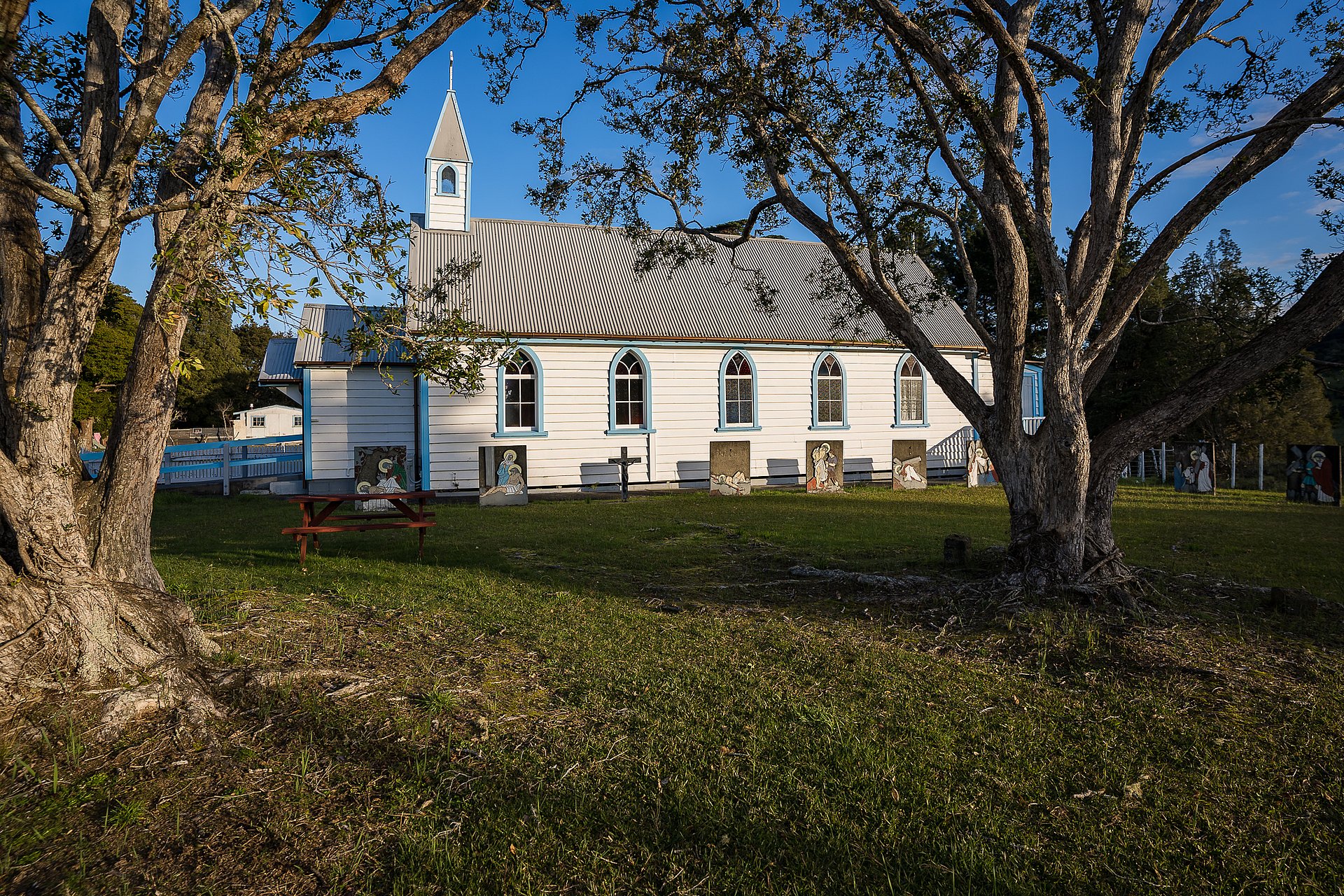 How did New Zealand come to be dedicated to Mary Assumed into Heaven?

Our first Bishop, Jean-Baptiste Pompallier, was a Frenchman born to a well-to-do family with aristocratic connections. He would follow in the footsteps of Marcellin Champagnat and the other Marists who had earlier made their solemn promise to found the Society of Mary at the shrine of Fourviere.

An attraction to Missionary work would see Pompallier venture to the Southern Hemisphere with a small team of Marist Fathers and catechist Brothers. They departed from the French port of Le Havre on Christmas Eve 1836. Their plans would change throughout their journey south. They faced restrictions in entering Tahiti or Tonga. Some crew members disembarked at both the Wallis and Futuna Islands. Pompallier’s ultimate destination would become Sydney arriving there on 9 December 1837.

Thomas Poynton was born in Ireland in 1803, in an era where English Penal Law made it impossible for the Irish to retain their traditions, language and faith. Poynton was educated in France. He would venture into the Antipodes and eventually settle in the Hokianga in 1828. He initially opened a store there but eventually would become involved with farming and timber milling.

Poynton met his wife Mary Kennedy in Sydney, she was the daughter of an Irishman deported to Australia. The couple’s faith was central in their lives. They were determined to have their children baptised. This involved their having to voyage to Sydney. While there Thomas would petition the Bishops in New South Wales to send clergy to New Zealand.

With time, Poynton would welcome Pompallier to his home. With the Bishop’s arrival a number of locals gathered at Poynton’s home in Totara Point to celebrate the first Catholic mass on mainland New Zealand. It was during this heartfelt service that the Bishop felt moved to consecrate his mission in Aotearoa to Mary under the title of Mary assumed into heaven, and his vast Pacific vicariate to Mary under the title of the Immaculate Conception.  The first mass took place on 13 January 1838.

While in the Hokianga, the missionaries would learn about Māori language, custom and spirituality. The first church was opened at Papakawa on 29 June 1838. With the arrival of a second group of Marists in 1839 Pompallier moved to Kororāreka (Russell) in the Bay of Islands.  Unfortunately, the site was pillaged in 1845, making it no longer suitable for Māori mission work. Auckland’s growing population would see Pompallier move there at the end of 1842. This would become a decisive move that would lead to the breakdown of the mission to Māori.

Photo: Church of St Mary in Motuti where Bishop Pompallier's remains are interred.